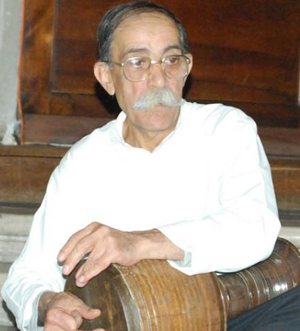 Jamsid Chemirani was born in tehran in 1942. he has studied the tombak since the age of eight. His teacher was Ostad Hossein Tehrani. Under his demanding tutelage, Chemirani made rapid progress and soon became a brilliant player. Since his arrival in Paris in 1961 he has taught at the Centre d'Etudes de Musique Orientale in the Paris Sorbonne Institut de Musicologie. He has performed with eminent Iranian musicians Darioush Safvat, Daryush Talai and madjid Kiani.

This biography is from Le Zarb CD.