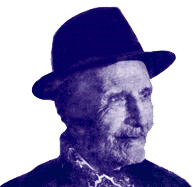 A very great master of radif, tasnif and tonbak, Ostad Abdollah Davami, was born in Ta village of Tafresh city, Iran in 1891. As a teenager he discovered that he had a good, audible and suitable voice, so he decided to learn the elementary principles of Persian vocal music.

because of his talent in learning music, he became friend of great masters of his time such as Mirza Hosseingholi (tar player), Hossein Khan (kamancheh player) Darvish Khan (tar and setar player), Malek-al-Zakerin (vocalist) and Mirza Abd-al-Allah (setar player). He has trained many students. He passed away in 1980.